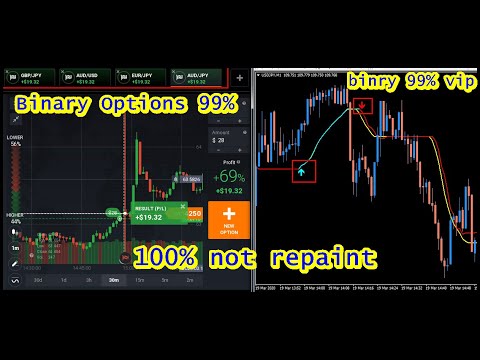 After 9 months of obsession, here is my open source Node.js framework for backtesting forex trading strategies

TL;DR There's lots more to the story. But the code is all open source now. Have at it. I'm too exhausted to continue with this. If you'd like more details, feel free to message me. If you happen to carry on with this project or use any ideas from it, I would greatly appreciate it if you could keep in touch on your findings. If anyone has any insights, please feel free to comment or message me.
 I've spent the last nine months working furiously on this. I started a project for backtesting strategies against data I exported from MetaTrader. I had a very powerful computer crunching numbers constantly, trying to find the most optimal configuration of strategy indicator inputs that would results in the highest win rate and profit possible.
Eventually, after talking with a data scientist, I realized my backtesting optimizer was suffering from something called overfitting. He then recommend using the k-fold cross-validation technique. So, I modified things (in the "k-fold" forex-backtesting branch), and in fact it provided very optimistic results when backtested against MetaTrader data (60 - 70% win rate for 3 years). However, I had collected 3 months of data from a trading site (by intercepting their Web Socket data), and when I performed validation tests against that data using the k-fold results created from the MetaTrader data, I only got a ~57% win rate or so. In order to break even with Binary Options trading, you need at least a 58% win rate. So in short, the k-fold optimization results produce a good result when validation tested against data exported from MetaTrader, but they do not produce a good result when validation tested against the trading site's data.
I have two theories on why this ended up not working with the trading site's data:
For the strategy I use the following indicators: SMA (Simple Moving Average), EMA (Exponential Moving Average), RSI (Relative Strength Index), Stochastic Oscillator, and Polynomial Regression Channel. forex-backtesting has an optimizer which tries hundreds of thousands of combinations of values for each of these indicators, combined, and saves the results to a MongoDB database. It can take days to run depending on how many configurations there are.
Basically the strategy tries to detect price reversals and trade with those. So if it "thinks" the price is going to go down within the next five minutes, it places a 5 minutes PUT trade. The Polynomial Regression Channel indicator is the most important indicator; if the price deviates outside the upper or lower value for this indicator (and other indicators meet their criteria for the strategy), then a trade is initiated. The optimizer tries to find the best values for the upper and lower values (standard deviations from the middle regression line).
Additionally, I think it might be best to enter trades at the 59th or 00th second of each minute. So I have used minute tick data for backtesting.
Also, I apologize that some of the code is messy. I tried to keep it clean but ended up hacking some of it in desperation toward the end :)
gulpfile.js is a good place to start as far as figuring out how to use the tools available. Look through the available tasks, and see how various "classes" are used ("classes" in quotes because ES5 doesn't have real class support).
The best branches to look at are "k-fold" and "master", and "validation".
One word of advice: never, ever create an account with Tradorax. They will call you every other day, provide very bad customer support, hang up the phone on you, and they will make it almost impossible to withdraw your money.

Question Quantstrat and combination of bar and tick data

Hi!
I need some help to understand how I could solve following problem with R and quantstrat. I'm new to R but I'm a Java-Developer so basic understanding is given.
I understood how I can create xts objects from tick data. I also understood how to feed that data to TTR-Package indicators. Mostly thanks to Ilya Kipnis!
But here comes the problem where I currently haven't found a solution. I want to test a binary option strategy. In my case I would check an indicator which is calculated from periods, say 1 minute bars. If indicater says so, I would open the binary option for 60s. Problem is open and close doesn't necessarly be exact at the one minute bar open or close.
So I need some way to end the position 60s after opening it and also get current price level from tick data, not from the bar data.
I do have this logic implemeted in metatrader. But the strategytester there doesn't allow tests on tickdata and in that short timeframe bar open or close ist just to far off.

JustForex broker introduces new BitCoin accounts for trading cryptocurrencies such as bitcoins and litecoins.
Unlike from other Forex brokers JustForex provides direct cryptocurrency trading not using CFD or binary options. The company offers 9 financial instruments for trading on live accounts such as BTCUSD, BTCEUR, BTCCNH, BTCRUB and also LTCUSD, LTCEUR, LTCCNH, LTCRUB, LTCBTC. Trading cryptocurrencies with JustForex is beneficial because it gives some advantages which are not offered by other brokers: - One of the highest leverage on the market for bitcoin and litecoin – 1:5; - Wide choice of deposit methods among which is deposit via Visa/Mastercard with 0% fee; - Commission which is only 0,15% for opening a trading order; - Trading with one of the most popular and comfortable platforms MetaTrader 4; - International regulation by IFSC and the safety of the client's funds.
Why cryptocurrency? The history of it started from an idea of “b-money” in 1998. But in fact the first transaction with bitcoins was made only 12 years later in 2010 when the rate was only 4,95 USD cents. From that moment the rate of cryptocurrencies is constantly increasing. This fact makes bitcoin and litecoin very popular and perspective for online trading because of the high volatility of these financial instruments. Moreover the indicated currencies are not centralized and help to make payments all over the world.
In addition to everything aforementioned please note that JustForex clients can use a lot of payment methods not only without fees but also without verification in order to deposit their accounts. So everything you need to get all benefits of bitcoin and litecoin trading with JustForex broker is just register, open BitCoin account, deposit and start earning!