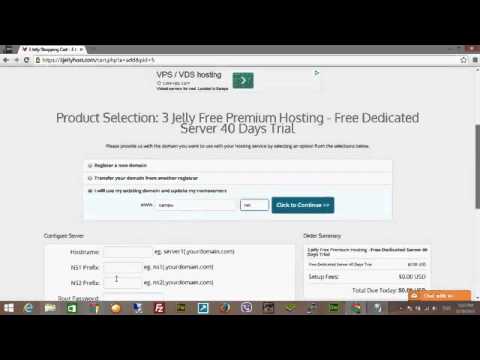 The All-in-One, Cheap, Energy-efficient Package to Store and Mint Peercoin

A1dedicatedservers - has started to accept Bitcoin (BTC) as a digital form of payment for all products and services that it offers.
Fore more information visit: Bitcoin Dedicated Servers

Buy a Dedicated Server with Bitcoin!! Know Why Bitcoin Payments are Beneficial

Check it out now: https://bitserver.co

Check it out now: https://bitserver.co

I have almost pulled the trigger on a dedicated server a number of times, but always get cold feet when I have to put in all my personal info.
As it stands right now, I have a lot of insulation through a seedbox that requires no info, and I don't want to give that up.
I have started to use the box for much more than just torrenting, and am starting to run into issues by not having root access.
Are there any decent dedi's that offer services without knowing who you are?

Wholeheartedly willing to get downvoted, but this RMT obsession has to stop.

This sub hasn't got a clue, I swear.
​
Huge sweeping changes to the game mechanics are a terrible way to combat RMT.
It's basically an admission that your anti-cheat doesn't work. Most MMOs suffer in some way from an RMT problem; WoW, Runescape, even Destiny 2 has RMT issues if you just look. Thing is, the anticheat in those games actually works worth a damn, so the entire playerbase doesn't have to suffer from endless tinkering with in-game systems.
Before you hit me with 'it's a hardcore game, deal with it, it's supposed to be grindy', just stop. Just don't bother. I've heard it time and time again, and it's bullshit. You know it's bullshit just as well as I do. The changes BSG have been making recently to nerf all forms of progression only make the game 'more hardcore' for people who work full time and don't have the same amount of *time* as streamers who dedicate their entire life to this game. That's not 'hardcore'. The game's difficulty mechanically is 'hardcore' and always have been, and I love it. These changes, though, in my eyes, are just time-wasting for the sake thereof. Since when does the amount of time one has to invest in a game define how fucking hardcore it is? Would you describe WoW as more hardcore than Tarkov because of how long you have to play to progress? Or perhaps beating all three Witcher games back to back is 'hardcore' because it took a long time. Are ARMA or DCS inherently less hardcore than Tarkov because an operation can be completed in an afternoon? No, judging how hardcore a game is by the amount of time one has to invest in it is a joke. *No game* should give enormous *mechanical advantages* to those with more time on their hands. There's already an inherent skill advantage that comes from that amount of practice, designing the mechanics to also reward only those with that much time is a kick in the teeth to all the people who love this game but can't invest that level of time.
And yeah, you can go ahead and say 'ummm actualllly it's a beta, so they can do what they like, stop whining', and yep. Yes, they can. You're correct. However, comma, that doesn't mean I have to pretend to like it. Yes, I did buy EoD and no, I don't regret it because of all the fun I've had til now. But suggesting people who don't like the current direction the game is going in aren't allowed to voice their opinion because the game's in beta is fucking ludicrous. What do you think the purpose of a playable beta is? Nikita is more than welcome to ignore all the people who don't like these new changes, but what gives people on this sub the right to tell me that I'm not entitled to an opinion on the product I've chosen to financially support. It's such a toxic, capital-G Gamer attitute to suggest that 'Tarkov is OUR game because we're willing to dump several full days a week into grinding for our Bitcoin farms. You should just go and play something else, this clearly isn't a game for you. Go play Call of Duty.' I shouldn't even have to express how utterly reductive and childish that is. Grow up.
I'm getting HUGE red flags with the way this game is currently going, because it's all too similar to a game I used to love, The Culling. That game blew up on launch and a bunch of high profile streamers suggested changes to the game, and the devs went ahead and implemented all of them without so much as *thinking* about how they'd affect the average player. Look at where that game is now. Servers shut down, because the average player simply stopped having fun. I'm not saying BSG is even close to that bad, but this endless tinkering with mechanics for the nebulous, vague purpose of 'RMT' has to stop or I don't know if the 'little guys' are gonna stick around much longer.
​
EDIT: I AM AWARE THAT RMT != CHEATING. But cheating is what makes RMT viable. RMTers need to keep items in supply, and to do that, they cheat. It's much more profitable. Ergo, if you stamp out cheaters, the RMT problem becomes significantly diminished.
EDIT 2: u/ArxMessor makes a great point that Tarkov is an MMO and therfore should have some kind of grind. I agree. However, most MMOs use systems like weekly bounties etc to ensure even players with only maybe 10 hours a week to invest in the game can still keep up and compete. Tarkov currently rewards time investment *exponentially* which removes all possibility of catching up.
​
EDIT 3: Yep, my DMs right now are very much confirming the things I said above about a certain subset of this community. Thanks, Gamers.
EDIT 4: I get it, Destiny anti-cheat is ass. I made a mistake there, since I don't play Trials of Osiris. However, do you see Bungie making the win requirement for Trials 50 wins instead of 9 or whatever just to slow down the hackers? Of course not, because it hurts normal players more.
​
Edit 5: My first gold! Thanks kind stranger.