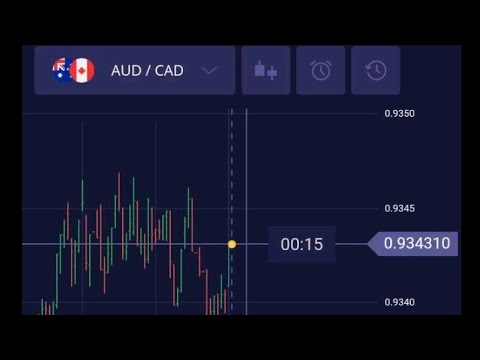 I am an expert binary options trader and certified account manager with over 4 years of experience. I currently offer account management and tutoring to any looking to making the maximum possible from trading binary Option

After three years of being part of a really chill form, I received news of the class I will endure my GCSEs with for the next two years. To say I am disappointed is an understatement....

In case you couldn't tell from the title of the post, I am from the UK, but dont worry I will try to explain my situation as American-friendly as I can.
I finished year 9 (8th grade/aged 14) on Friday and I am anxiously awaiting two years of stress and angst that are GCSEs: sh*ttingly-difficult courses in 11+ subjects that end in national exams which will either make you or mess up your future in less than two hours.
Recently we were asked to submit three names of students we would like to carry on with next year over MS Teams. Now, I found this difficult. Not because I have loads of friends, not because I have no friends. I am one of those people who talks with lots of groups - has friends but no close ones - and flits on the outskirts of many friendship circles.
I am aware this is sort of my own doing - nobody wants to seriously engage with a consistently A* student, not even at a grammar school (selective based on academic ability). I describe myself as an ambivert. Neither socially outgoing nor socially awkward/phobic. I am just a "tryhard". A nerd.
Eventually I just texted my teacher with the names of two people who I talked with more than most and thought nothing of it for a few weeks. Then I attended a socially-distanced Physical Education session, despite not being athletic.
I was grouped with some friends who were happy to have a laugh with me whilst also excluding me from plans to meet up soon. The last rotation we had was with my form tutor (who was leaving the school) and he asked who I had put down for the form preference.
Embarrassed, I said I couldnt remember like most of the others. He then asked me which tutor I wanted most, which he didnt do for anybody else. I guess this is because of the endless hours I wasted worrying my balls off about homework which the teachers took seconds to mark? I knew straight away what my answer was: the cheery, kind DT (design and technology/STEM) teacher who really liked me and who really understood me. I knew this wouldnt be guaranteed, but the way my now ex-form tutor responded made me somewhat hopeful.
Fast-forward to today, and we finally received the news of which form we would be stuck in for the next few years, a week after we were promised. I know for a fact that my Head of Year tried her hardest to wrangle between subject choices, friendship groups etc. to settle on classes that would suit the majority. As a usually anxious person, this calmed me.
It turns out my new form tutor is going to be my biology and PSHE (physical, social and health education/ citizeship/ how to function in society/fun lesson) teacher from Year 8 (7th grade/aged 13). He is one of the most boring teachers ever. Not necessarily strict or horrible and I even think he likes me as I hand in my assignments on time, he is just horrendously dull. Like, he could send 1000 insomniacs to sleep in less than a minute. Boring fact in a nasal voice after boring fact in a nasal voice. Copy out this. Do yet another worksheet that you will all forget to stick in to your books.
The thing is, we weren't shown which other students will be our fellow classmates. Annoying af. So I popped over to our form group chat for probably one of the last conversations I will have on there, and asked who else would be in my form. It seems like the "cool" clique are in 10:5. I am in 10:3. The weebish memesters are in 10:1 and the gamers-who-come-to-school-on-the-same-train are in 10:2.
But nobody is with me... that is until two people pipe up and reveal they will continue to be my classmates. And great, it is the depressed dudes. The non-binary guy who self-harms and is out of school more than in, as well as the kid who hates his mum, who also hates him. Don't get me wrong, these two aren't terrible. They aren't bullies and both can be quite funny. I just don't socialise with them that much. I've already had to sit next to one of them having panic attacks for a year. (Every time I tried to help, he would just tell me piss off, that I would never understand his pain, that I was ever so lucky to live a perfect life, so eventually I decided you can't help somebody who doesnt want to be helped).
I infiltrated the other year 9 forms' group chats and try to find out who else is with me. Some A-team rugby muscle-mountains too busy flexing their guns; some troublemakers busy vaping in lessons and some weebs reciting whole episodes of random anime series I have never even heard of. I didnt even know some of their names, and our year is only 160!
This is not the end of the world, but I still can't be exactly happy. Lots of children can't even go to school for various reasons and I recognise I am one of the luckiest people alive. I also got all my GCSE options, better than some, yet landed in a group of people who don't give a flip about me or share anything in common with me. Form period only accounts for 30 mins of the school day, but its limits reach much further than that. Especially as during this global pandemic our school is adopting the policy that we can only interact with our forms/subject groups.
Tbh, I just feel like my years of effort have not paid off. I should probs quit moaning now? I mean it is not like I am going to have to endure my GCSEs by myself or anything...
Just some words of encouragement? Idk, maybe you guys won't care.

[ Removed by reddit in response to a copyright notice. ]

I don't know anyone else who plays Choices, let's get an intro thread started!

Hi all! I've been playing Choices since it came out but I don't know anyone else who plays. I've tried getting my friends into it but they're really put off by the clickbait-y ads. So let's get to know each other!
Post as much info as you feel comfortable giving:
Name
Pronouns
Age
Region
Work/School/Other
Hopes & Dreams
Fun fact about you
Favorite Choices stories
Favorite love interest
Favorite friendship
Something you love about PB/Choices
Something you'd like PB to change
...and anything else you'd like to tell us about!
I'll start!
Name: Abby or Mab (I answer to either)
Pronouns: they/them/theirs
Age: 24
Region: northeastern U.S.
Work: university admission counselor
School: getting my masters of history
Hopes & Dreams: after I finish my masters next year, I want to become a professor of history and get published in some journals, maybe even write a book! i also have a youtube channel, make webcomics, and sell stuff i crochet/needlepoint on etsy, so i'd like to do more with that once grad school hell is over with!
Fun fact: during my junior and senior years of undergrad, i always had at least 3 jobs. at my peak, i was a resident assistant, spanish tutor, tour guide, visitor center representative, museum docent, AND a stagehand. i do not recommend this.
Favorite Choices stories: It Lives in the Woods and The Haunting of Braidwood Manor
Favorite love interest: this is a tough one because there are SO MANY. but i gotta say, it's ultimately a toss-up between Mona from Ride or Die and Eva from Hero. Though if Adder from TC&TF was an option, she would be my number one.
Favorite friendship: i just really love how supportive everyone in It Lives is to Andy and Lily, they're my faves <3
Something you love about PB/Choices: I really love how the writers keep things open. Like in Save the Date where you can say Dale was your ex boyfriend or ex girlfriend. I also love that they're inching toward greater representation, like casually having characters who are non-binary or wheelchair users. It's not ignored but it's not the focus of every story which is such a cool breath of air compared to a lot of popular media.
Something you'd like PB to change: I wish their faces had more diversity. Not just in the MCs, but in side characters too. Everyone is like, supermodel-beautiful. My favorites are characters like Lily from It Lives or Lester from Bloodbound, because their faces are so distinct and visually captivating! I also wish that you had more choices than just being Handsome Buff Man or Small Skinny Woman.
Now tell me more about yall!
This thread is meant to be a FUN and RESPECTFUL discussion to help members get to know each other. If you take issue with someone's opinion, please don't be harassing or abusive.

I really want my friend(s) to drop out/change majors.

Throwaway because obvious.
We're CS students. I'm the "smart" one(and I hate saying that...).
I've kind of gotten pulled into a group of other students that I guess I consider friends. We only talk at school or over Discord. A