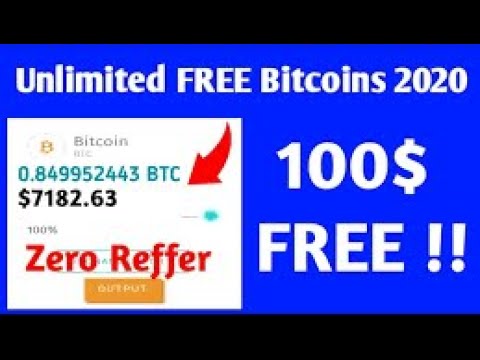 "actus non facit reum nisi mens sit rea"
Just under 7 days ago I posted the following SHA256 hash to both the BSV blockchain and BAB blockchain.
I actually posted at 2019-06-16 20:00:00 but it took some minutes (as you'll see I predicted) to appear in the next block of the aforementioned blockchains, thus remaining a permanent immutable record.
memo.sv post Block Time: 2019-06-16 20:38:22 Block Number: 587160
memo.cash post Block Time: 2019-06-16 20:29:44 Block Number: 587318
This is verifiable proof that I held the plaintext to make this hash on that date. The hash as you can see is which is a SHA256:-
52f42a5a4c073a2a14ed76e5a1d356c4586e6f2dea2a91d9a3dcf5f57799442e
Just after posting to the blockchain this hash, I sent private messages to 3 members of this subreddit with the following text, and thus this is the reason why I am now forced to reveal the hash, as I expect them to take my words seriously.
It doesn't matter in the grand scheme of things (as all I did is cryptographically proven) that I did this, however I wanted to so I would be forced to reveal the plaintext within 7 days. I won't name them, but if they want to confirm that they did indeed receive this message then I'll leave that up to them.


Hi guys. Look I am doing something kinda funny here, but for now needs to be secret. Here is a SHA256 hash, write it down!
"52f42a5a4c073a2a14ed76e5a1d356c4586e6f2dea2a91d9a3dcf5f57799442e"
If I don't reveal what plaintext is the source of this hash within the next 7 days then it means I am a fraud, and I am not to be trusted and I request I am permabanned from the subreddit, and all communications with me should cease.
This hash has been published on both the BSV & BAB blockchains as a memo message, as proof it wasn't created after the time it appears in the blockchains, and proof of immutability of content.
You can see it here (BSV):- https://memo.sv/profile/1gr5whAEV4ffA6df71JTdQ7gSNQWTkgnm Or here (BAB):- https://memo.cash/profile/1gr5whAEV4ffA6df71JTdQ7gSNQWTkgnm
And timestamp will be a few seconds or minutes after timestamp below, as and when message gets confirmed in next block on each respective chain. PoW!
If I happen to be banned from reddit in the meantime don't worry as hash reveal will take place on these memo channels within 7 days.
If this works you're all gonna LOL real hard cause it will cause one big massive social media shitstorm! And we all know the only way to destroy a PoSM shitcoin like BAB is with social media!
Cheers fellas! jim-btc 2019-06-16T20:00:00Z End of message.

I actually sent it to them as an image
This is all those 3 members have seen, and all 3 have confirmed, one with "I'll be watching" another with a "LOL" type response and another with a rather concerned "what's this?" type response. I gave them no further information - so now all reading this post know exactly the same about this all as they do - which is basically nothing, other than this hash 52f42a5a4c073a2a14ed76e5a1d356c4586e6f2dea2a91d9a3dcf5f57799442e must be something interesting.
So what was the plaintext behind this hash? What does it have to do with Salty Roger?
Well I'm gonna take some inspiration from Dr. Craig S. Wright here to add some tension... I still have a few hours to reveal the plain-text, which is in fact a computer program. We shall all see.
UPDATE
OK here it is: https://gofile.io/?c=FsGtJD
Go check that SHA256 hash.
Here's the code:
 This is what output looks like if you run it (you'll see it hashes itself but you can do sha256sum on the program file if you want)
 Any technical questions / comments feel free to ask below.

I added the new U+20BF ₿ symbol to the Droid Sans and Console fonts, including adapting it to each font's particular style.
You can get them from http://luke.dashjr.org/tmp/code/fonts/ (updated once 2015-11-04 at 04:03 UTC)
Sample: http://luke.dashjr.org/tmp/code/btcsymbol.png
NOTE: Apparently Windows has vulnerabilities fonts can exploit. Be sure to only install fonts you trust! (mine now have PGP signatures in SHA256SUMS.asc)

Now that 0.11.0 is final, I've done a complete up-to-date release of my latest "ljr" fork.
First of all, an important disclaimer: 0.11 was only just released*, and none of these have received extensive testing yet. Use at your own risk (and please, only with wallets containing a small amount of bitcoins until it's been better tested).
It comes in two flavours:
Full details on what is included in either of the above can be found here.
Downloads are here. Binary builds are in the bin-ljr* directories. Be sure to check my signature in the applicable SHA256SUMS.asc file!
Gentoo users, you will need to add the bitcoin overlay for 0.11: layman -a bitcoin
* Technically, it hasn't even been officially posted/uploaded yet... but if you want to try the unmodified 0.11.0, I have binaries for that too. :)

I downloaded the installer to reinstall a system of mine
Am I being silly here by thinking the installer is dodgy ?
This link states its not trusted
https://www.isthisfilesafe.com/sha1/4C1E435FB884F525A8BE1BC4EB4C988C203206AF_details.aspx
Can anyone help with this, how can I check the installer I downloaded straight from bitcoin.org is legit?
https://bitcoin.org/bin/bitcoin-core-0.15.0.1/SHA256SUMS.asc
I need to work out how to compare the asc code to the downloaded file...
This is what I get with gpg ... am i doing it wrong?
gpg --verify SHA256SUMS.asc bitcoin-0.15.0.1-win32-setup.exe gpg: not a detached signature

Compare ASC key with the .exe from bitcoin.org site fails? [xpost from BitcoinBeginners]

I downloaded the installer to reinstall a system of mine
Am I being silly here by thinking the installer is dodgy ?
This link states its not trusted
https://www.isthisfilesafe.com/sha1/4C1E435FB884F525A8BE1BC4EB4C988C203206AF_details.aspx
Can anyone help with this, how can I check the installer I downloaded straight from bitcoin.org is legit?
https://bitcoin.org/bin/bitcoin-core-0.15.0.1/SHA256SUMS.asc
I need to work out how to compare the asc code to the downloaded file...
This is what I get with gpg ... am i doing it wrong?
gpg --verify SHA256SUMS.asc bitcoin-0.15.0.1-win32-setup.exe gpg: not a detached signature
(note - I hope its allowed for me to xpost here if not let me know and I'll delete it) (this is an xpost of https://www.reddit.com/BitcoinBeginners/comments/780tzt/problem_with_bitcoin_core_installe )

The Core Developers of Bitcoin released the 0.9.0 FINAL of Bitcoin Core (aka Bitcoin QT).
DOWNLOAD:
This is a Final Version, but its the same as 0.9.0rc3
Sources: https://github.com/bitcoin/bitcoin/releases http://sourceforge.net/projects/bitcoin/files/Bitcoin/bitcoin-0.9.0/ https://bitcoin.org/bin/0.9.0/README.txt
Bitcoin Core version 0.9.0 is now available from:
https://bitcoin.org/bin/0.9.0/
This is a release candidate for a new major version. A major version brings both new features and bug fixes.
Please report bugs using the issue tracker at github:
https://github.com/bitcoin/bitcoin/issues

If you are running an older version, shut it down. Wait until it has completely shut down (which might take a few minutes for older versions), uninstall all earlier versions of Bitcoin, then run the installer (on Windows) or just copy over /Applications/Bitcoin-Qt (on Mac) or bitcoind/bitcoin-qt (on Linux).
If you are upgrading from version 0.7.2 or earlier, the first time you run 0.9.0 your blockchain files will be re-indexed, which will take anywhere from 30 minutes to several hours, depending on the speed of your machine.
On Windows, do not forget to uninstall all earlier versions of the Bitcoin client first, especially if you are switching to the 64-bit version.

New in 0.9.0 is the Windows 64-bit version of the client. There have been frequent reports of users running out of virtual memory on 32-bit systems during the initial sync. Because of this it is recommended to install the 64-bit version if your system supports it.
NOTE: Release candidate 2 Windows binaries are not code-signed; use PGP and the SHA256SUMS.asc file to make sure your binaries are correct. In the final 0.9.0 release, Windows setup.exe binaries will be code-signed.

The 'chainstate' for this release is not always compatible with previous releases, so if you run 0.9 and then decide to switch back to a 0.8.x release you might get a blockchain validation error when starting the old release (due to 'pruned outputs' being omitted from the index of unspent transaction outputs).
Running the old release with the -reindex option will rebuild the chainstate data structures and correct the problem.
Also, the first time you run a 0.8.x release on a 0.9 wallet it will rescan the blockchain for missing spent coins, which will take a long time (tens of minutes on a typical machine).

To reduce confusion between Bitcoin-the-network and Bitcoin-the-software we have renamed the reference client to Bitcoin Core.

For 0.9.0 we switched to an autotools-based build system instead of individual (q)makefiles.
Using the standard "./autogen.sh; ./configure; make" to build Bitcoin-Qt and bitcoind makes it easier for experienced open source developers to contribute to the project.
Be sure to check doc/build-*.md for your platform before building from source.

Another change in the 0.9 release is moving away from the bitcoind executable functioning both as a server and as a RPC client. The RPC client functionality ("tell the running bitcoin daemon to do THIS") was split into a separate executable, 'bitcoin-cli'. The RPC client code will eventually be removed from bitcoind, but will be kept for backwards compatibility for a release or two.